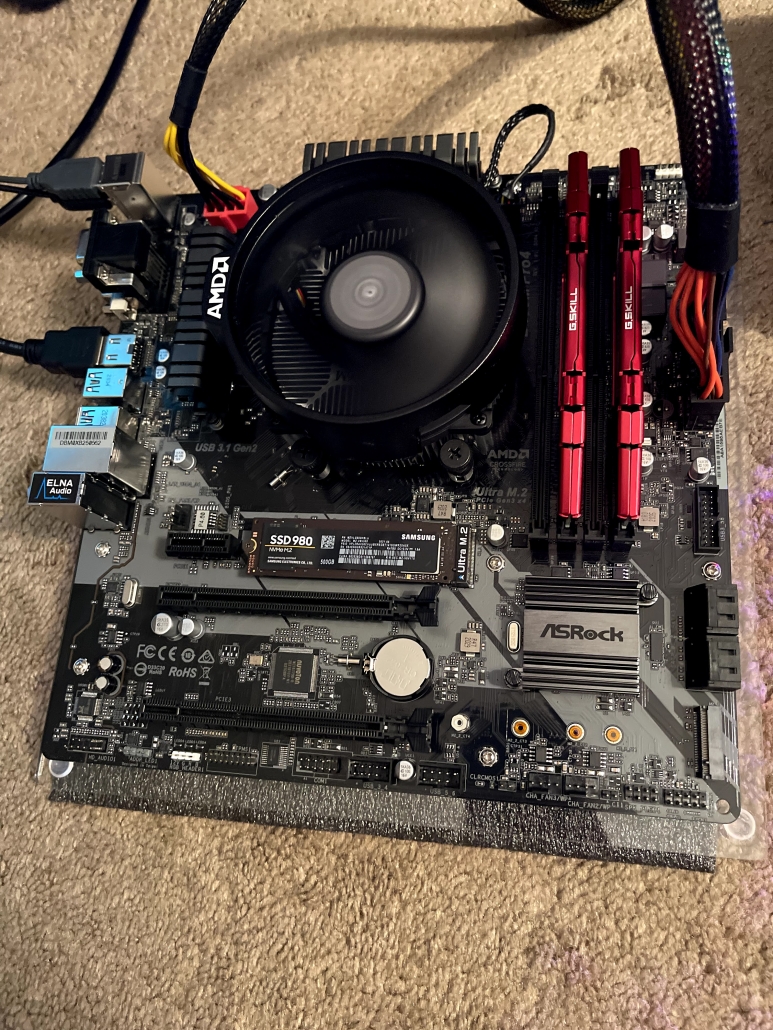 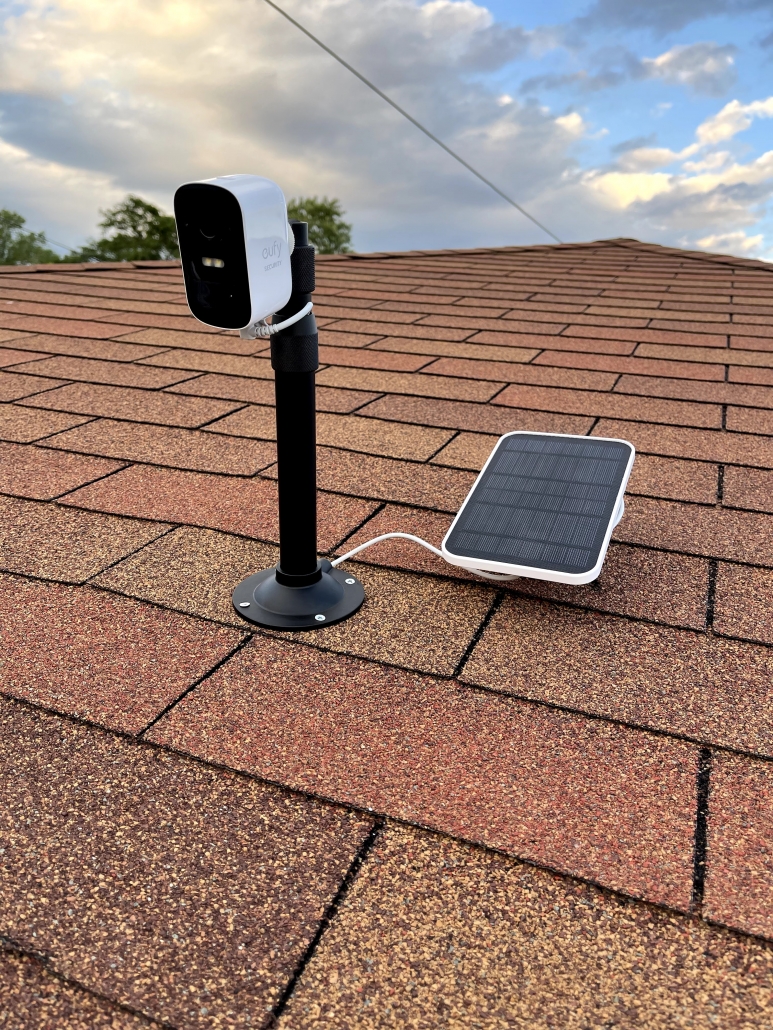 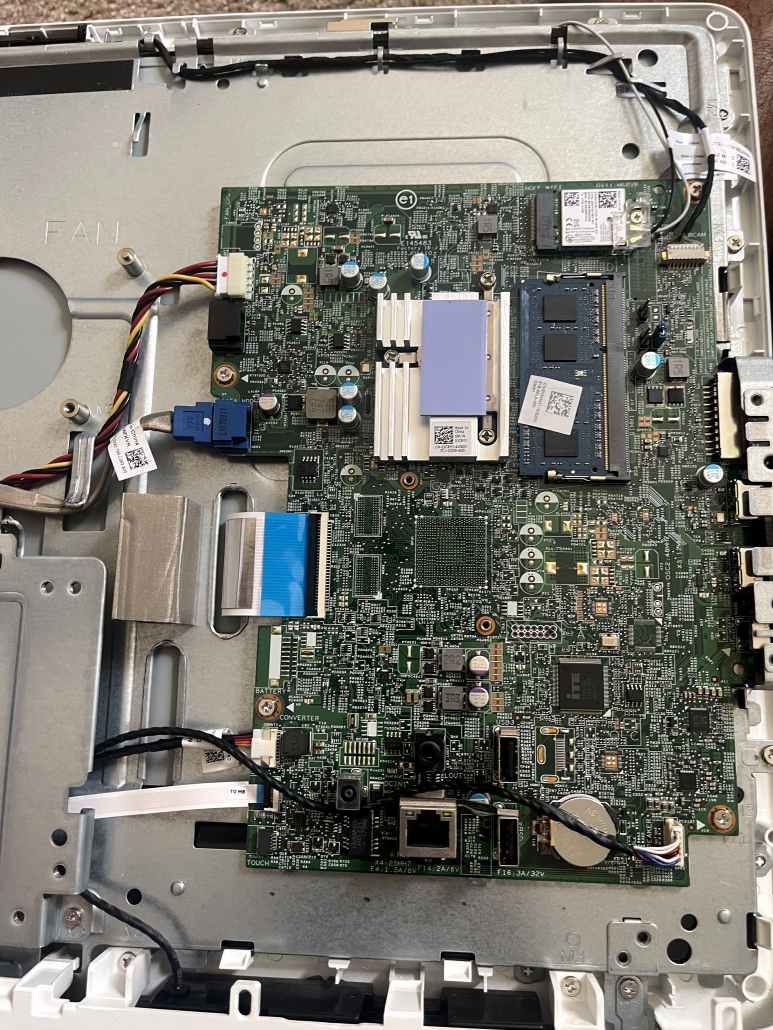 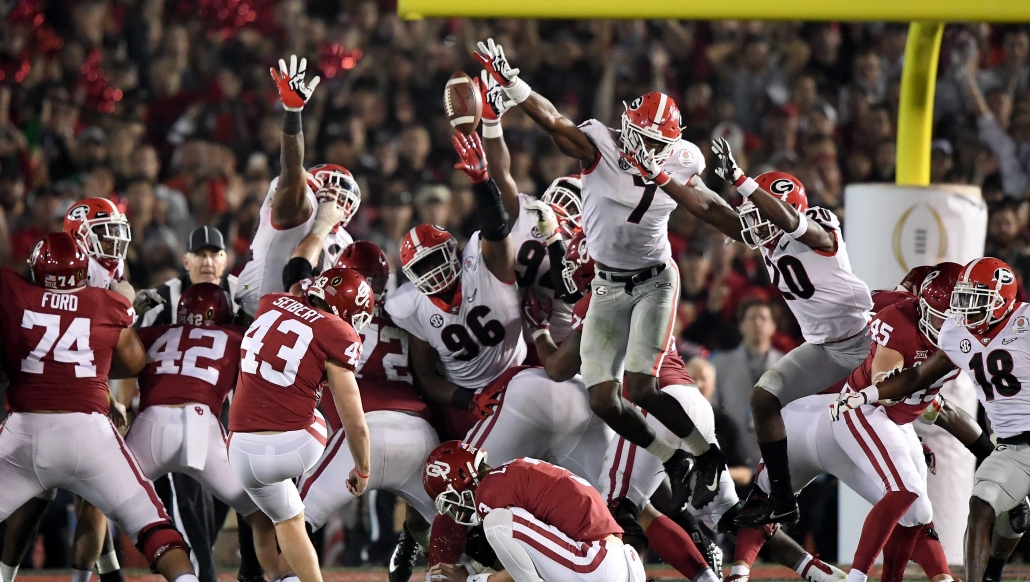 It is one of the most-anticipated sporting events of the year and it’s almost game time! However like any major event, the Super Bowl can be a breeding ground for malicious actors looking to scam you out of your hard-earned money or personal information. A large variety of scams target both spectators watching from the comfort of their homes and those cheering for their teams in the stadium. Here are some ways you can tackle security offenses that may be targeted against you.

As a fan, sometimes you cannot attend the match of your favorite team, yet you want to cheer them on from the other side of a screen while they battle for that coveted trophy. To do that, you may resort to looking for a live stream of the match. A free live streaming website might seem like the most convenient choice, but these services function as a trap for unwitting fans.

These websites don’t just host live streams; they expose you to myriad risks such as malware downloads, personal data theft or even financial scams. One of the most dominant features is an onslaught of ads, which are not just exceedingly annoying but, in some instances, malicious as well. If you click on one of these ads it can redirect you to malicious website hellbent on stealing your data. Some ads will try to convince you that your device is already infected by malware and the only way to get rid of it is by downloading its tool.

Alternatively, there will be multiple play buttons floating over the web player and only one is the real deal, while the rest will redirect you to a malicious website. The Super Bowl isn’t the only event targeted. Every major sports event is an attractive playground for hackers waiting for eager sports fans to drop the ball.

Usually by this time most tickets and ticket packages have already been sold out. Yet some fans who forgot to buy tickets, or have a spur-of-the-moment decision they want to go are still on the hunt for the last few that haven’t been claimed. This is an opportunity for scammers to offer “bargain tickets” to the latecomers. No wonder, since fake Super Bowl tickets and merchandise are a US$24 million business, according to MarketWatch. As a rule of thumb, you should always stick to official channels through which tickets are sold, such as the official NFL website or any other official resellers or affiliates that comply with the NFL’s rules or are explicitly named on their website.

Another channel through which scammers may target you is informing you that you’ve won tickets in a raffle or lottery, much the same way they do during similar events like the FIFA World Cup. This usually takes the form of a sloppily written email, asking you to share your personal information or pay a processing fee. Alternatively, they may include an attachment or link that leads to downloading malicious code to your machine. The NFL does run an official lottery but, according to its website, it accepts submissions only between “February 1 and June 1 of the year preceding the Super Bowl.”

To ease your Super Bowl experience, you may download apps to help you prepare for game day. Before the Big Game, there will probably be apps appearing left and right, trying to entice you to download them to your smartphone. As always, you should be wary of what you download and install onto your device. Scammers often target you with emails containing links to themed apps, but by clicking on the link, you may be exposing yourself to downloading malware to your device. You should always stick to the official stores, be it Google Play or the App Store.

If you’re one of the lucky few who made it to Hard Rock Stadium, we have a piece of advice for you as well. In an attempt not to use up your precious data plan, you’ll want to use free Wi-Fi hotspots that will probably be available in abundance at the stadium. We recommend you avoid them, since spoofing a hotspot is quite easy. If you connect to one created by a bad actor, you can open yourself up to a plethora of breaches. 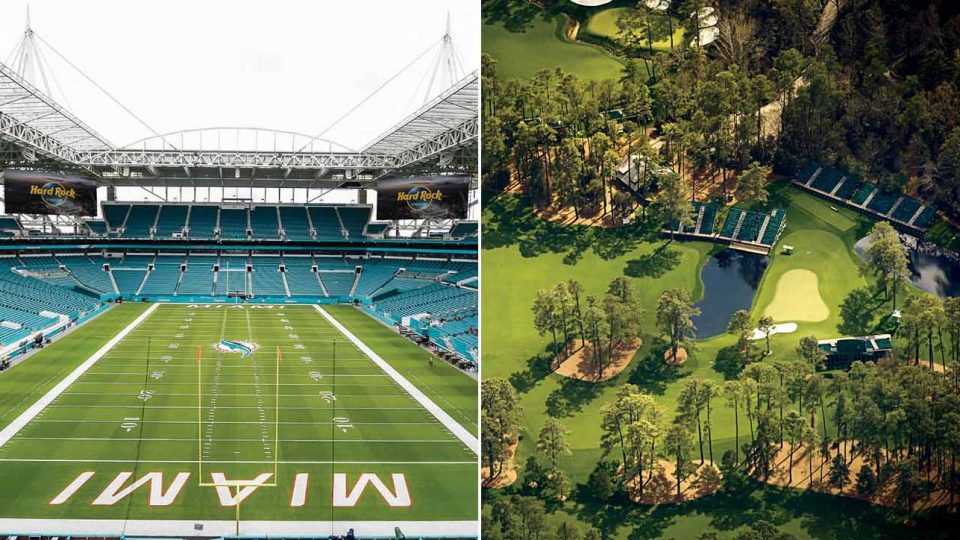 Aside from measuring forward progress in yards, golf and football don’t have a lot in common. But in both sports, the requirements for healthy turf are pretty much the same.

“Obviously, you have different mow heights, and different playability that you’re after,” says Brad Dennis, SubAir’s vice president of finance and project management. “What we do is give the superintendent or the groundskeeper the tools to keep the grass healthy and get it set up exactly as they want.”

Installed last summer, the system at Hard Rock Stadium is the first ever at a Super Bowl venue. It features 1.5 miles of drainage pipe, connected to a computerized control panel inside the stadium. That network of pipes pumps air in at roughly 60 miles per hour and can remove more than 18,000 gallons of water per minute — a drainage rate that Dennis says is 36-times faster than standard drainage systems.

A diagram showing the SubAir system underneath the turf at Hard Rock Stadium.

Unlike a golf course, where each green gets its own SubAir system, Hard Rock Stadium has a single, sprawling system. But Dennis says that when you do the math (using an average green size of 5,000 square feet), the amount of turf the system serves is about the same.

So is the purpose: helping keep grass in tip-top shape so athletes can do their thing.

“With this system in there, you should never get any puddling, even in a downpour,” Dennis says. Computer Vision Syndrome, also referred to as Digital Eye Strain, describes a group of eye and vision-related problems that result from prolonged computer, tablet and cell phone use. Too much screen time and not enough breaks can cause headaches, loss of concentration, neck pain, back strain, and dry eye.

Here are some ways to help reduce computer vision syndrome and keep your eyes feeling comfortable: